On Inequality is a curious book. For one thing, it’s based on material previously published. That’s not unusual in itself, but in this case the earlier work dates from 1987 and 1997. It’s not often that a new book in the social sciences, never mind the hard sciences, relies so comfortably on such ancient sources.

Frankfurt’s book appears to have been prompted primarily by the unexpected popularity of Thomas Piketty’s Capital in the 21st Century, which makes an argument against income inequality with which Frankfurt strenuously — and repetitively — disagrees.

I’m not unsympathetic with Frankfurt’s quite narrow central thesis: “From the point of view of morality, it is not important that everyone should have the same. What is morally important is that each should have enough.” You don’t have to distribute ten jackets equally among eight people to give everyone a jacket. Point made.

Seems obvious enough, yet Frankfurt spends all of his short book making and remaking this simple point. Weren’t the original journal articles sufficient? Why go to this trouble now, unless to attempt to remedy the lack of attention paid to the point then by cashing in on the current interest piqued by Piketty?

END_OF_DOCUMENT_TOKEN_TO_BE_REPLACED

Good news, Canadians! Our federal government, better known as “The Harper Government,” has sent you some of your own money!

We know that it’s “The Harper Government” (THG) because the federal Employment Minister made the announcement in a snappy, blue Conservative Party of Canada tee shirt. I hear that this shirt will replace the Maple Leaf as Canada’s official symbol if the Conservatives win again in October.

END_OF_DOCUMENT_TOKEN_TO_BE_REPLACED

Wages of Rebellion may be Chris Hedges’ best book.

I’ve read a lot of Hedges, too often with mixed feelings. I’ve always liked his politics, but I’ve been put off by his left-evangelical tone. He can be pretty shrill, which lessens his power to convince.

In this book, in a remarkable mixing of scholarship and observation, Hedges submerges much of the personal pain so evident in books like The World As It Is.

END_OF_DOCUMENT_TOKEN_TO_BE_REPLACED

I’ve read a lot of Neal Stephenson, from short books like Snow Crash to the 3,000+ page, eight-book trilogy that is The Baroque Cycle. Stephenson’s Anathem is my pick for the best contemporary sci-fi/futuristic/whatever genre book. Hands down, no contest.

So I hoped that Seveneves would be almost as good. Unfortunately, for me it wasn’t.

END_OF_DOCUMENT_TOKEN_TO_BE_REPLACED

A misunderstanding of American history underlies much of the mindset — and too much of the rhetoric — of the NRA, the Tea Party, and their sympathizers.

It’s too bad that very few of these uber-patriots will hear of, much less read, a meticulously researched, absolutely persuasive book — Robert J. Spitzer’s Guns across America: Reconciling Gun Rules and Rights(Oxford, May 2015).

Spitzer traces the history of gun laws from colonial times to the present, showing unambiguously that the contemporary assertion of the historical basis for the individual’s “right to bear arms” is a baseless fantasy. In fact, as Spitzer points out, individual gun ownership was not formally judged to have any constitutional basis from the ratification of the Constitution through the end of the 20th century.

Using newly-available digital resources, Guns across America documents the range of gun restrictions following the colonial period. His survey shows that it’s not that constitutionally-guaranteed gun rights are now threatened by oppressive government regulation. Rather, political action by gun rights activists in the last few decades has rolled back gun restrictions that began in the 1780s.

END_OF_DOCUMENT_TOKEN_TO_BE_REPLACED

Should we try to bring back the woolly mammoth?

News reports today trumpet the sequencing of the complete genome of the woolly mammoth. This accomplishment brings science one step closer to the potential “revival” of this extinct species.

I’m particularly interested in this topic, as I’ve recently finished reading Beth Shapiro’s newly-published How to Clone a Mammoth: The Science of De-extinction.

Shapiro’s book is timely not just for her insights into the science, as an active “revival” researcher, but also for the many cautions and moral issues that she identifies. Sometimes, the thrill of the scientific chase makes “can do!” threaten to overwhelm “should do?”

END_OF_DOCUMENT_TOKEN_TO_BE_REPLACED

Much more than a mere catalogue of horrors, Scull’s fine book examines a neglected entry point into the unended conflict between reason and emotion, science and superstition.

Madness in Civilization traces the ancient debate between the natural and the supernatural, as evidenced by both the conception and the treatment of “madness” and, more recently, “mental illness.” The name change itself is part of the history Scull elaborates. END_OF_DOCUMENT_TOKEN_TO_BE_REPLACED

What will TV be like after TV? Post-TV: Piracy, Cord-Cutting, and the Future of Television is a timely examination of the changing habits of viewers who are streaming and downloading more as they watch commercial TV less.

END_OF_DOCUMENT_TOKEN_TO_BE_REPLACED 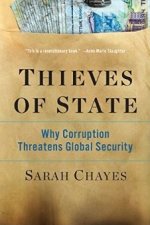 Her work there as an NPR journalist, an adviser to American government and military leaders striving to “liberate” and “democratize” the country, and as an NGO activist has been profoundly informed by her deep knowledge of the historical “rules” for princes written by sources as diverse as Machiavelli and the medieval Islamic scholar Nizam al-Mulk.

Her conclusion, consistent with the advice of these classic books, is that no state is secure if its people are oppressed by corrupt leaders and local officials.

END_OF_DOCUMENT_TOKEN_TO_BE_REPLACED

If you haven’t been paying attention lately, the traditional conservation movement is being challenged by a new species of “environmentalist” with the goal of reframing conservation efforts by replacing “conserve” with “manage.”

The core of this new, doubly “neo-con” approach is the idea that the only way that we can motivate the level of political and financial support needed for conservation is to give up on trying to save the earth, the animals, the plants, or the climate because they’re intrinsically worthwhile or valuable. Instead, their argument goes, it’s only when we frame the struggle for survival in terms of entirely human goals and needs that success will be possible.

Protecting the Wild is an effort by the Foundation for Deep Ecology to contest the new approach.